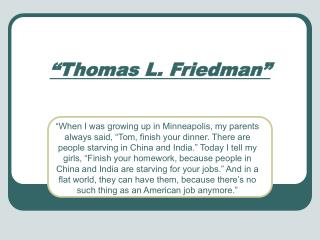 Thomas Li-Ping Tang The International Conference on - Is “the love of money” the root of all evil? or different

THOMAS MORE - . from sainthood to a hero of selfhood. unit objectives. on completion of this unit the student should be