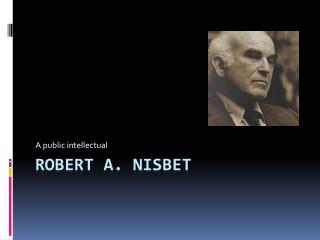 A public intellectual. Robert A. Nisbet. A Short Biography. Robert Alexander Nisbet was born on September 30, 1913 in Los Angeles, the oldest of three boys born to Henry and Cynthia Nisbet. He began at the University of California at Berkeley in 1932. A Short Biography. Porphyria’s Lover by Robert Browning - . thinking about what you know about the poem so far why do you think the

The Ring of The Druids - . the honour of clan macwizard. put the events in the correct order. william wallace was beaten

Protons for Breakfast Do we need Nuclear Power Week 6 - . april 2013. in the event of rain and flooding…. in the event

Value Based Purchasing, Changes for ICD-10 and the Future of Urology Robert S. Gold, MD - . medicine under the