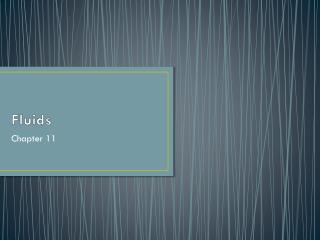 Fluids. Chapter 11. Why Does Something Float?. 11.1 Mass Density. In this chapter, we discuss the behavior of fluids. Fluids by definition, include both gases and liquids Mass density is the mass per unit volume of a liquid or gas Chapter 9 FORENSIC TOXICOLOGY - . introduction. toxicologists are charged with the responsibility for detecting and

Pediatric Anesthesia - . greg gordon md. 13 mar 09. objectives. participants will be able to explain the implications for