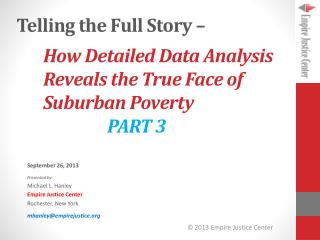 The Changing Face of Poverty - . agencies across the united states provide locally-based services for low-income and

Segregation and Concentration of Poverty: The Role of Suburban Sprawl - . paul a. jargowsky university of texas at dallas

Analysis of the Human Face - . 9/12/06. what are the parameters?. length of ear interpupillary distance length of face

KINEMATICS ANALYSIS OF ROBOTS (Part 3) - . kinematics analysis of robots iii. this lecture continues the discussion on