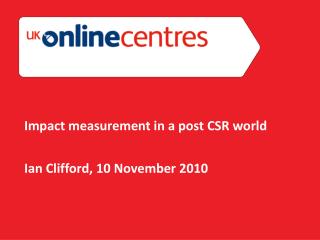 Section Divider: Heading intro here. Impact measurement in a post CSR world Ian Clifford, 10 November 2010. Early Adopter. The digital journey. The use of digital technology to improve the lives and life chances of all citizens and the places in which they live. Content creator. Section intro animation here - . why do ceos fail? most “failed” ceos were strong leaders before their blunders the

BIG OFFER HEADING HERE - . an offer or something that will make people look at your website. award. award. [add a

Add Heading Here - . headers can be in black or brick text should be in black calibri adjust size and amount of text for