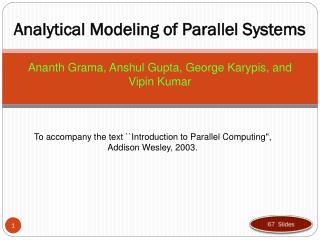 Parallel Systems - . benefits of a parallel system. tracks internal workflow and valuable metrics for both assisted and

Phoenix Analytical Systems - . doing analysis at its best. vision. people: be a great place to work where people are