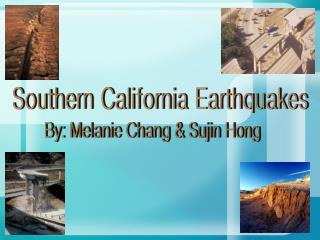 California Earthquakes - . why an earthquake can cause so much destruction . http://

The Smith’s Family Vacation To Southern California - . day 1 off to southern california. day 1 - morning. today we

Do Earthquakes Always Occur on Faults? - . the great california shakeout. no. caused by sudden release of energy tectonic

Where do earthquakes occur? - . plate tectonics. the ring of fire. earthquakes. what instrument do we use to measure

8.1 What is an Earthquake? - Key concepts what is a fault? what is the cause of earthquakes? vocabulary earthquake,