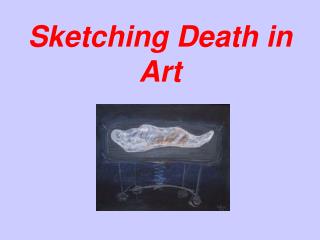 Art After Stalin’s Death - . carter ivey. propaganda. propaganda was a major part of the arts in russia, with the main

Sketching - . engineering. learning intentions. to become independent in deciding on a suitable scale. to know what makes

SKETCHING - . alphabet of lines. object line: thick lines about .6mm(.032in) that show the visible edges of an object.

Sketching - . drafting is a graphic language having its own alphabet and grammar. two main classes of technical drawing:

Sketching - . communicating your ideas. drawing. is a skill that is developed with practice factors that will attribute

SKETCHING - Contents click shape to go to section.. purposetechniquessize and proportionalphabet of

Sketching Functions - . we are now going to use the concepts in the previous sections to sketch a function, find all max