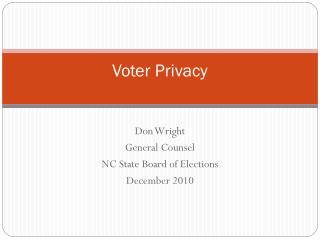 Voter Behavior - . why do some people decide not to vote? what impacts a voter’s decision? what does it mean to be an

Voter Registration - . please wait for instructions before filling out the form. (do not work ahead.) write legibly. dorm

Voter Fraud - . what it is – what it isn’t. overview. election laws are based on honesty and self-policing

Voter Mobilization - . does it really work? a case-study at the university of central missouri. background. adp database

Voter behavior - . idiotes —those that did not vote or otherwise take part in public life millions of americans don’t

Voter Apathy - Create a mind-map that illustrates the reasons why citizens are disillusioned with voting. voter

Voter Qualifications - . presented by the oklahoma state election board. 2018. introduction. at times in our history,