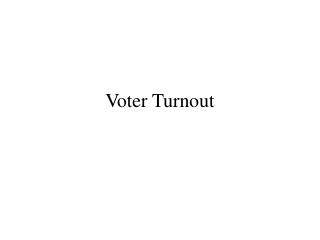 Voter Turnout. Overview. Recap the “Paradox” of Voting Incentives and Voter Turnout Voter Mobilization. The Paradox of Voting. Given standard assumptions on Expected Utility , voting is rarely a rational action.