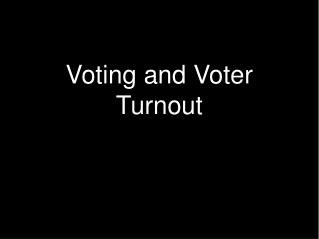 Voting and Voter Behavior - . voting part 1. who has suffrage in the us? what are the requirements to vote? who is

Voting and Voter Participation - . how many times have we extended the right to vote and to what groups?. voting is the