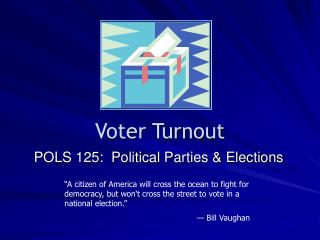 Voter Turnout. POLS 125: Political Parties & Elections. “A citizen of America will cross the ocean to fight for democracy, but won't cross the street to vote in a national election.” — Bill Vaughan. The Vanishing Voter.