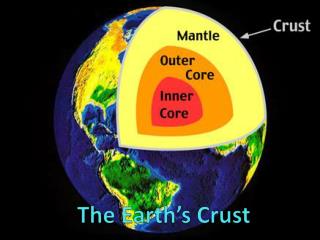 The Earth’s Crust. Plates. The earth’s crust is broken into several large slabs of rock called plates Each plate floats on a partially melted layer in the upper mantle The plates carry the earth’s oceans and continents. Movement. Over time the plates move