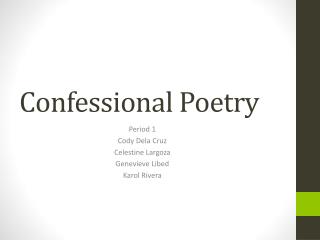 A Dashboard Confessional Dedication - . my tribute to a band that i think is one of the greatest bands in the entire

The Confessional School The Beat Generation - Features of the confessional school: a ruthless, excruciating self-analysis