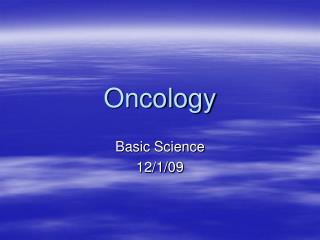 Oncology - . cancer. more than 100 forms of the disease almost all tissues can spawn cancer and some tissues can

Oncology - . dan cushman. cancer. no presence detected by any currently available studies. what is “complete