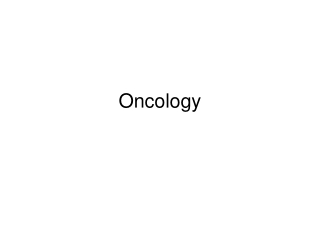 Oncology. Cancer. More than 100 forms of the disease Almost all tissues can spawn cancer and some tissues can produce several types Each type of cancer has some unique features but Basic processes appear to be quite similar. Cancer. One cell with genetic mutations Oncology - . dan cushman. cancer. no presence detected by any currently available studies. what is “complete