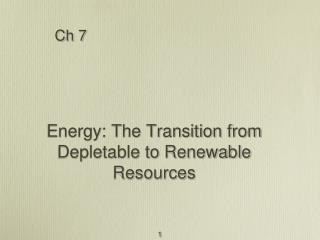 Ch 7. Energy: The Transition from Depletable to Renewable Resources. Energy is one of our most critical resources