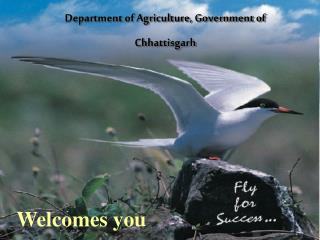 Department of Agriculture, Government of Chhattisgarh. Welcomes you. Cropwise Performance during Kharif Rainfall Normal average rainfall in the state is 1250 mm. (1200 mm to 1600 mm in different agro climatic zones), Rainfall received so far is 994 mm. Welcomes You - . apostles foundation. our company. about

Welcomes you - . the group. kaviish group was established in the year 1977 with the simple ideals of innovative products

WELCOMES YOU - . to offer the best possible nutrition when breastfeeding is not possible, in order to: not only secure an

WELCOMES YOU - To the waukegan township age – friendly coalition what are our goals? to develop a community action

WELCOMES YOU - Welcomes you. about

Welcomes You. - Better opportunities for single soldiers. the boss. program. welcomes you. ~~it is all about the

WELCOMES YOU - . about us. we are manufacturers &amp; suppliers of plastic products for automobile industry. we hold

Welcomes You - . a life changing opportunity. we believe in togetherness. join with . one insurance policy. advisor 25%

WELCOMES YOU - . company profile @ a glance. about

Welcomes you… - . since the year 2002 strands has been making a mark as manufacturer &amp; exporter of ready

Welcomes You - . corporate overview. b rihaspathi technologies pvt.ltd. is established in the year 2006. an it products