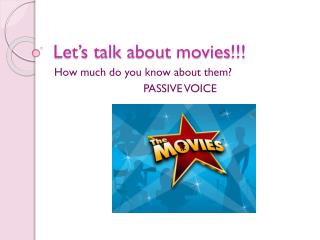 The Three Lies About your Age - This is my talk for tedx youth. it's about the three lies about the teen-age that is

English Unit 5 Test Review - . capitalization and punctuation. how would you fix the following sentences?. she is

Introduction to Computing and Programming in Python: A Multimedia Approach - . chapter 13: creating and modifying movies.

If Cemeteries Could Talk - . what we could learn from a walk in the