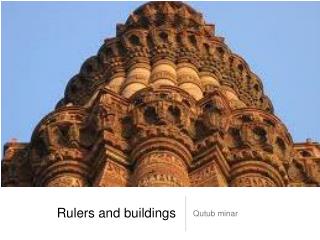 Fractions and Rulers - . fractions on a number line reading a ruler. rationale. construction trades use rules and rulers

Important Pharaohs and Rulers - . what did they do?. pharaoh tutankhamun the boy king, who was made king at the age of 9.