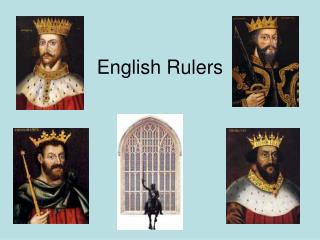 English Rulers. Claiming the throne of England Norman Conquest - 1066. Edward the Confessor, the ½ Saxon ½ Norman ruler of England died childless Harold, brother-in-law of Edward was crowned king of England which led to the Norman Conquest Rome Rulers - . rulers of the world: the good and the very bad. the good. julius caesar - set the standard for which all

Advertising Through Rulers - Business name and logo can really get out easily if you use rulers for advertising. from