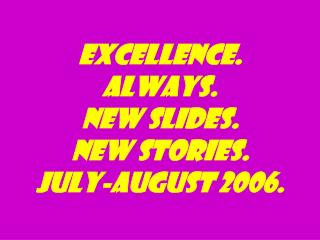 New trends, new stories - . there are trickier locations to promote. this raises expectations. top trend: staying like a

New Orleans August 2006 - . perspectives on recovery. pre-katrina. in the summer of 2005, new orleans had a resident