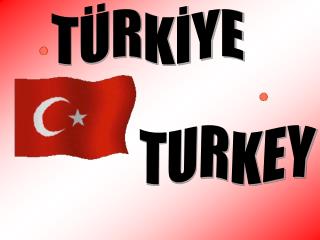 TÜRKİYE. TURKEY. WHAT DO YOU KNOW ABOUT TURKEY?. Surrounded by 3 seas ; Black Sea,Aegean Sea and Mediterrainan Sea. Turkey - . what was the original location of the ottoman empire?. asia minor. asia minor. how many continents did ottoman

Turkey - . where is turkey?. southeastern europe and southwestern asia (that portion of turkey west of the bosporus is

TURKEY - . where is turkey history climate and geography government and politics culture tipical food others. where is t

Turkey - Wellcome to turkey. turkey. ‘ peace at home , peace in theworld ’. mustafa kemal atatürk is the founder and