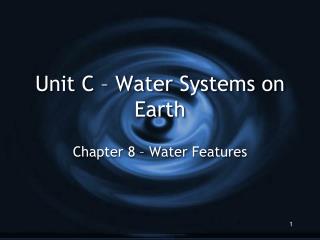 The Water - . by dr. rahul shrivastava. water is one of the abundant commodities in nature, but is also the most misused