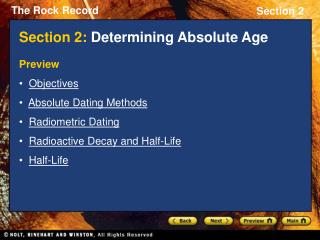 ABSOLUTE MOTION ANALYSIS (Section 16.4) - . today’s objective : students will be able to determine the velocity and

Statistical Design of Experiments BITS Pilani, April 23 2006 - 2. objectives of an experiment may include:determining

VOCABULARY TO LEARN - . unit 2 level 3. absolute. (adjective) complete, perfect, outright, without limit, he is an

ABSOLUTE MOTION ANALYSIS (Section 16.4) - . today ’ s objective : students will be able to determine the velocity and

Advanced Algebra Notes Section 2.7: Use Absolute Value Functions and Transformations - . in this section we will be

INTERNAL FORCES (Section 7.1) - . today’s objective : students will be able to use the method of sections for

Absolute Max/Min - . objective: to find the absolute max/min of a function over an interval. definition

The Age of Absolutism - . when kings and queens had absolute power!. what does “absolute” mean?. something that does