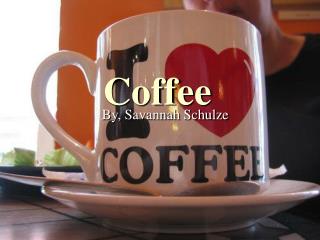 Coffee. By, Savannah Schulze. Origins of Coffee. Coffee drinking first became popular in Yemen in the 15 th century Coffee derives its name from Arabic Qahwah is the Arabic word for coffee and Turkish influence resulted in pronunciation as qahveh