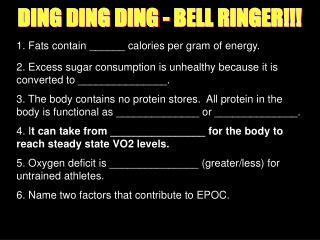 ATP - Making energy!. atp. the point is to make atp !. the energy needs of life. organisms are endergonic systems what do

Chapter 7 Energy and Energy Balances - . 7.1 forms of energy: the first law of thermodynamics. the total energy of a

Chapters 6, 7 Energy - . energy what is energy? energy - is a fundamental, basic notion in physics energy is a scalar ,

Work and Energy - . dr. robert mackay. clark college. introduction. what is energy? what are some of the different forms

Energy: Is there an energy crisis? 24 October 2012 - . professor pam thomas (department of physics, chair of the board of

Unit 13: Thermochemistry - . chapter 17 by: jennie borders. section 17.1 – the flow of energy. energy is the capacity