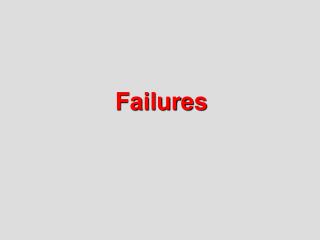 Global Predicate Detection and Event Ordering - . our problem. to compute predicates over the state of a distributed

Summary of AMS-02 Significant Anomalies and Failures - . this presentation will:. highlight updates to anomalies and

1. The achievements and also the failures of the British monarchy has been important - Issues in the discussion