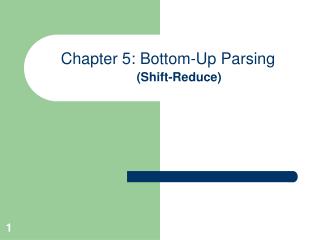 How to Optimize Your Blog for the Mobile Shift - Is your blog prepared for the mobile shift? in this post, we look at

The Six Shifts - . what are some practices that will have to shift in order to meet the spirit and intent of the new york

Parsing &amp; Error Recovery - . david walker cos 320. error recovery. what should happen when your parser finds an