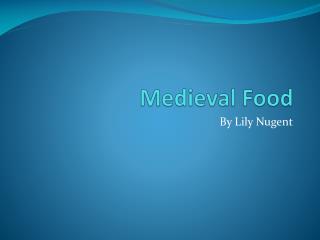 The Medieval Day of Sport, Food and Music - . learning how to fight with a sword; - acting the characters from

Medieval Epics and the Medieval Church - Medieval epic. long narrative poemstory of heroes and great deedsdesigned to be

Medieval Times - . feudalism :. feudalism was a set of legal and military customs in medieval europe that flourished