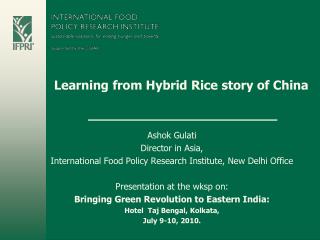 Story of the rice cake - . a vietnamese story. emperor hung-vuong had many sons . his youngest was a farmer. he told his

Learning from Your Life Story - . . authentic leadership begins with understanding the story of your life “the story of

HYBRID RICE DEVELOPMENT IN INDONESIA - . satoto and made j

Learning Story - . trains and tracks. definition of play. 1) play is freely chosen and self-directed 2) play is

Our Learning Story - . we at sccs are pleased that our city is committed to quality early childhood experiences. we