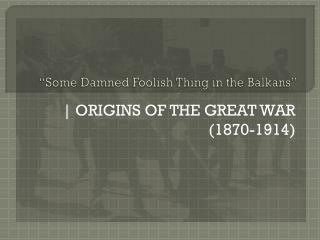 Wedges of Separation 1850-1860 - . senator stephen douglas-illinois. “there are eleven hundred coming from platte

The Russian Front - . “the war against russia will be such that it cannot be a “knightly” affair” a. hitler

The Ethics Thing: Why It Matters More in Hard Times and Why It’s So Hard to Do - . what makes good and smart people do

UNIT 3 WORLD WAR I - . united states history review. causes of war in europe- militarism (nations in the balkans were

Nouns - . unit 2. nouns. a noun is a word that names a person, place, thing, or idea. two basic kinds of nouns. proper

The one most OBVIOUS Thing we can do today To cut cost by tens - Of thousands &amp; increase sales. 200 accounting

Vitamins Vs. Vaccines Why FDA Regulation Is a Good Thing Paul A. Offit, MD - The children ’ s hospital of philadelphia

When two Englishmen meet the first thing they talk about is the weather Dr Johnson - Weather and the environment. when

What’s the oldest thing you have ever touched? - . evolution of landforms and organisms. continued – part two.