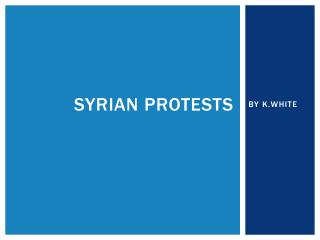 Syrian protests . BY K.WHITE. Overview. The Syrian Protests started on 26 th January 2011 and escalated by 15 th March 2011. This uprising was influenced by ongoing protests in the region.