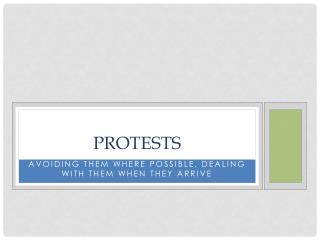 Protests. Avoiding them where possible, dealing with them when they arrive. Protest basics . Texas Gov’t Code §2155.076 says that CPA-TPASS and “each state agency” shall develop and adopt protest procedures. Other state agencies’ rules must be “consistent with” the Comptroller’s protest rules.