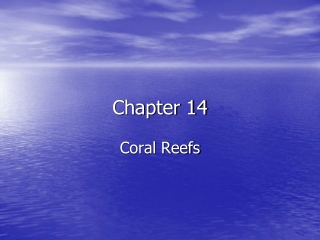 Chapter 14. Coral Reefs. Corals. Corals are _____, a phylum of animals characterized by the presence of _____ on their tentacles These _____ are used to capture prey primarily, but can also be defensive The soft _____ is enclosed in a hard shell of calcium carbonate created by the coral.