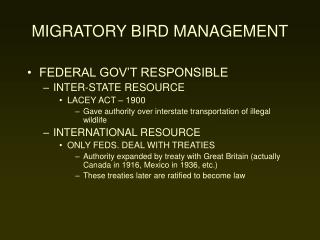 Morning Warm Up! - . last week we read about how kim and brad helped a small red bird that lived in a tree in their

Liquidity management - . accounts receivable management. the basic financial purpose of an enterprise is maximization of

Migratory Bird Treaty Act - . mbta what you need to know. purpose the law service policy how we impact mbs executive

Time Management - . learning objectives. when you have completed this module you will be able to define the key concepts