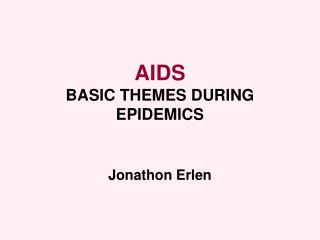 AIDS Prevention in Africa’s Generalized Epidemics - . what should we be doing? what are we doing? a review of hiv/aids

Jonathon Steed - . creative writing. bailey. she is a pretty girl. she sure makes my life quite a swirl . her eyes are

Epidemics - . by: jenna m, alexis p, dustin l , brett c. what are epidemics?. epidemics is a wide spread disease that can

Epidemics - . michael ford simon krueger. it ’s just like telephone!. epidemic convergence. if there are n nodes and