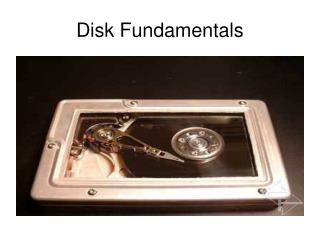 Magnetic Disk - . magnetic disks are the foundation of external memory on virtually all computer systems. a disk is a

Disk Scheduling - . based on the slides supporting the text. user-space i/o software. layers of the i/o system and