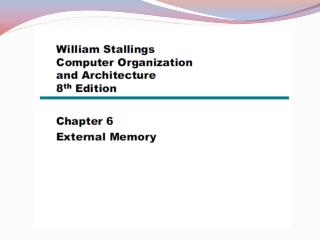 Magnetic Disk. Magnetic disks are the foundation of external memory on virtually all computer systems. A disk is a circular platter constructed of nonmagnetic material, called the substrate, coated with a magnetizable material . The substrate has been an aluminum material. Disk Fundamentals - . more than one platter (round cylinders). websites with interesting info. putting a window in a disk