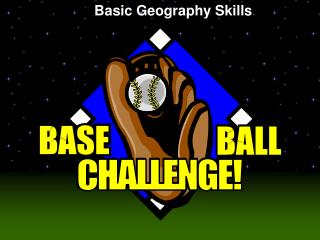 Free Baseball - . by sue corbett. free baseball. this book is about a cuban boy named felix piloto who loves baseball. he

Baseball - . taylor brown. baseball. a baseball game is played by two teams who alternate between offense and defense.

Baseball: Americas Past time - . casey leister. the basics of baseball. ways of teaching and explaining baseball to

1. If Cabs baseball is dominant over Falcons baseball: (B &amp; b) - Bw have slate, marker &amp; eraser on desk,

A Factorial Design for Baseball - . dr. dan rand winona state university. when it was a game, not a poorly run business.