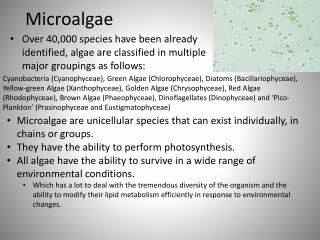 What are microalgae? - Extraction of astaxanthin from microalgae: process design and economic feasibility study 2017

Microalgae as a biofuel feedstock: risks and challenges - Trends and future of sustainable development. microalgae as a