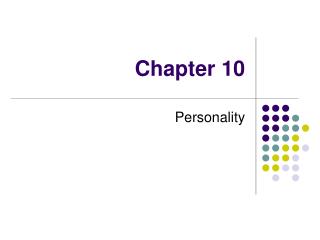 Chapter 10. Personality. Activity . On a ½ sheet of paper- write a list of words/characteristics that describe your personality (tear off the empty half). Get a partner that knows you- give them the empty half sheet with your name on it Your partner should now describe you.