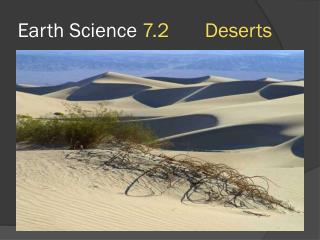 CHAPTER 7.2 DESERTS - Most of the weathered debris in deserts is the result of mechanical weathering. chapter 7.2