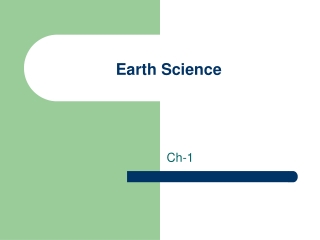 Earth Science. Ch-1. Earth system science. Brought all of the specialties together to try to explain things Ex) Katrina. Four Branches of Earth Science. Astronomy The study of the Universe Studies everything above the atmosphere Stars, galaxies,…. Geology