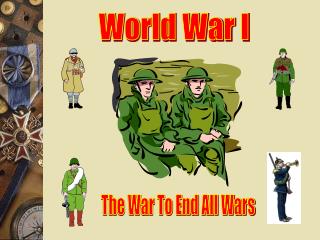 World War I. The War To End All Wars. World War I. A war different for the U. S. as opposed to the European nations who fought it. U. S. military struggle brief, decisive, without great cost Economically—the source of a great boom Propelled the U.S. into a position of

Unit 7 World War II - . world war ii. treaty of versailles: treaty that ends wwi it forces germany to give up land and