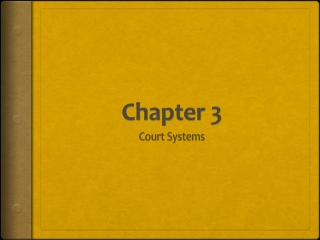 Chapter 3. Court Systems. Bell Ringer 11/7. What is one thing you can do to improve your scores for your next test?. Solving disputes without Court. Litigate  Take disputes to court *People decide too quickly to litigate disputes before considering other options. Option 1 Face-to-face