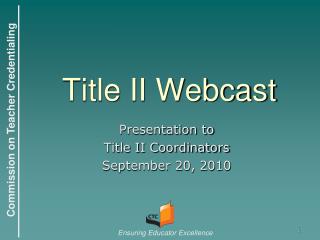 Vista-20P Series WebCast - . introduction. this course will cover programming and features on the vista-20p throughout,

TITLE I PROGRAM DIRECTORS TRAINING - . developed by the office of supplemental educational programs. goals and objectives