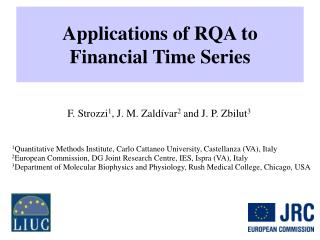 Financial Time Series Forecasting by Neural Network - . palash soni y7027272. what is a time series. a time series is a

Analysis of Time Series - . for as90641 part 2 extra for experts. contents. this resource is designed to suggest some