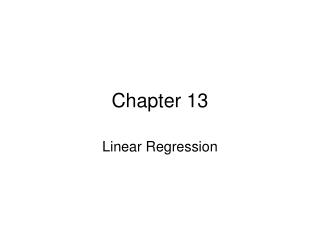 Chapter 13. Linear Regression. DEFINITIONS: Studies are often conducted to attempt to show that some explanatory variable “causes” the values of some response variable to occur.