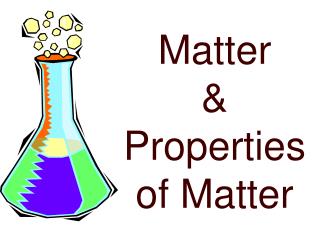 Matter & Properties of Matter. Matter. anything that has mass and takes-up space the quantity of matter present mixtures and substances of the same kind of different kinds. Matter. Matter - Mass - All matter can be divided into two categories: Homogeneous - Heterogeneous - .

ENERGY - . specific heat and phase changes. definition of chemistry. reminder: at the beginning of the year we defined